You may be in a “Ziklag” when:

Ziklag is the test for kings: 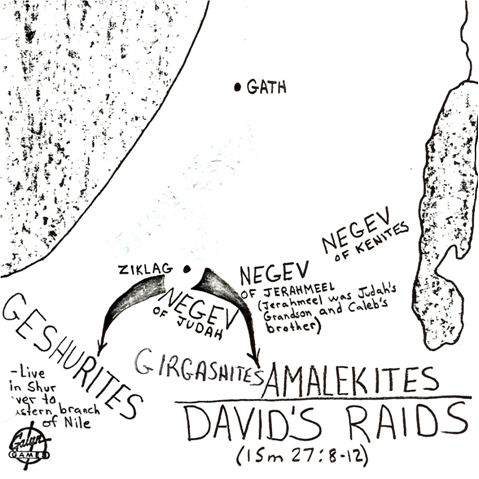 David was in a complicated situation;

David resolved this situation by:

David is following God and continues to do what is right.  The results are:

d.      The Philistines had invaded Simeon and taken Ziklag.  They left it as an empty ghost town.

b.      1 Chronicles 12:8-15 gives a list of men from Gad with faces of lions (not moved by circumstances or emotion) that had joined David at the stronghold near the .

d.      1 Chronicles 12:19-22 lists the men who joined David when he will march off with the Philistines to fight Saul

b.      Deuteronomy 25:17-18 Moses tells the second generation to destroy the Amalekites and adds: “Do not forget!”

d.      David begins to raid and destroy God’s enemies from Ziklag with men from .

David is doing what was supposed to be doing for many years.

The church also has a mission.  God’s purpose for the church will not change.

We either do it or we do not.

Just like David followed God and fulfilled God’s purpose for even when no one else was, we to can choose to follow God when others (including the modern church) do not.